How My Faith Informs My Vote 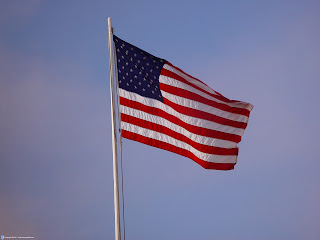 I rarely get political here at My Mid-Life Motherhood, but with the Presidential Election looming large this coming Tuesday, I could resist no longer.  As I've gotten older, become a parent and now have teenagers that are interested and intrigued by the political debate, I have thus become more politically minded.  The issues matter more to me each year and my appreciation for the political process has deepened each time I have cast my vote.

Despite the cry that it doesn't work, our vote doesn't count and it doesn't matter, we have managed to vote in 44 Presidents and thousands of representatives, locally and nationally, since this great nation began!  I am proud to stand among those patriots who take seriously the responsibility we have as Americans to continue this "government of the people, by the people, for the people." (President Abraham Lincoln, Gettysburg Address)

This morning, our pastor's sermon was based on the passage in Romans 13 that deals with our relationship to governing authorities.  It was a timely sermon as we have been working our way through the book of Romans and only jumped ahead a chapter to address this topic.  I appreciated the reminder that we are to live responsibly under civil authority, which for we Americans includes participating in the political process with our vote.  Our government, has been established under God's authority and when it veers away from His word we need to abide by God's law.  If the governing authority is not divergent from scripture, than we are obligated to respect that authority.

I was shocked, and saddened, to hear the statistic from one survey that only 40% of Evangelical Christians registered to vote, actually do so.  As Christians, we are called to be culturally relevant and I believe sitting on the sidelines because we are uninformed, misinformed or disillusioned is not living up to that calling.  We need to make sure that we are informed and take seriously the opportunity we have each year to have an impact on our community, state and nation.

Our pastor shared six questions that he asks himself before voting for any candidate.  These questions can assist us on the journey to becoming better informed.   Based on the Ten Commandments, I found these queries to be a helpful guide for choosing which candidates would be best to support from a Christian perspective.  As we are to use God's Word as a standard in every aspect of our lives, this is a practical way of showing how to do so when it comes to the realm of politics.  My hope, is that by sharing these questions others may feel more comfortable and prepared to vote for the candidate of their choice this coming Tuesday, and beyond, for various representatives - from the local Committee Person, Mayor or Judge to Governor, Senator, House Representative, and President!

We need not be so cynical as to assume that ever politician in every case is a pathological liar.  Conversely, we need to be aware that there is no such thing as a perfect politician.  We all sin and so do the politicians.

We can rest assured that God is in control and He is the one who has given us the government and leaders we have.  He knows who will be elected President on Tuesday.  It may not be my choice, it may not be your choice, but in the end our political process will work to elect the next President and various other leaders in our nation.  I encourage you to take the opportunity to participate in the process and teach your children the value of your vote!

Perhaps a simple children's song can remind us of a comforting fact, "He's Got The Whole World In His Hands."  And that brings us back to My Mid-Life Motherhood.

I've added this post to Motivation Mondays here and there.
Posted by Mid-Life Mother at 8:42 PM

Email ThisBlogThis!Share to TwitterShare to FacebookShare to Pinterest
Labels: Motherhood